The Mantle token, represented by $MNTL, is the native token of the AssetMantle ecosystem.

$MNTL is a governance and staking token that secures the MantleChain.

The $MNTL token is required as a deposit to create on-chain governance proposals. Token holders can then vote on these proposals with their staked $MNTL.

The token holders can participate in securing the chain by delegating their tokens to validators of their choice. The delegators will then be incentivized for active participation in the consensus through their selected validators or risk slashing in case of malicious behavior by the same.

$MNTL will be used to pay for transaction fees, platform commission, and creator royalties. The token will also be used for the curation of the platform (via curation DAO), which plays an integral role in an NFT marketplace governance.

The token distribution is strategized to create sustainable growth and augment ecosystem engagements.

The $MNTL distribution is designed in a way to have 50% of the supply governed by the community to incentivize the ecosystem supporters in form of MantleDrops and also reward the MantlePlace stakeholders.

The total supply at genesis will be 300 million tokens and it would follow a two-year halving inflation schedule according to the distribution as detailed below: 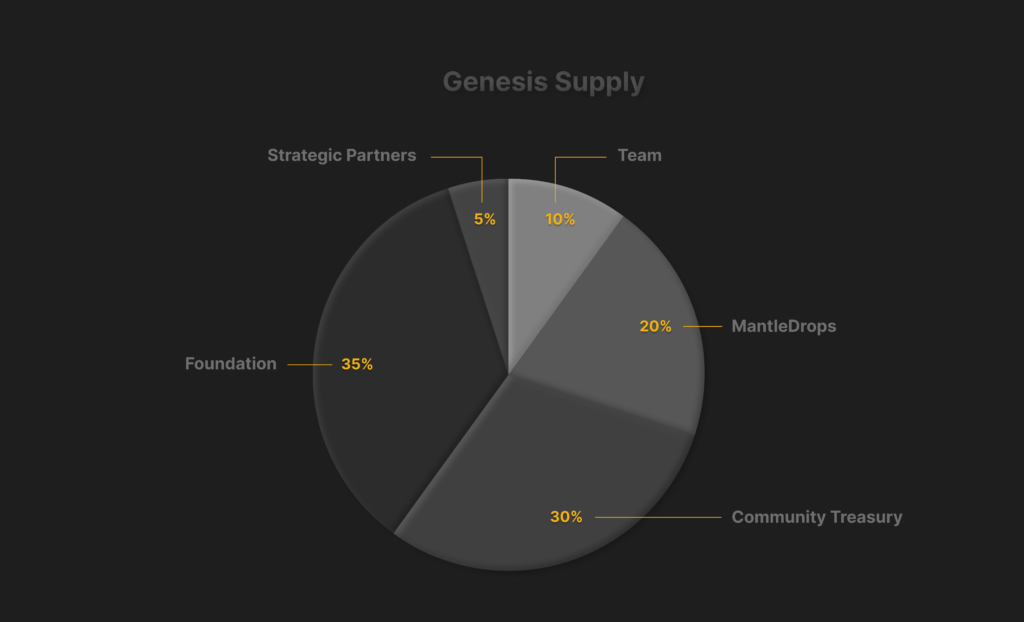 At genesis, 26% (78 million $MNTL) of the supply will be circulating to bootstrap liquidity and incentivize the early adopters of the platform. 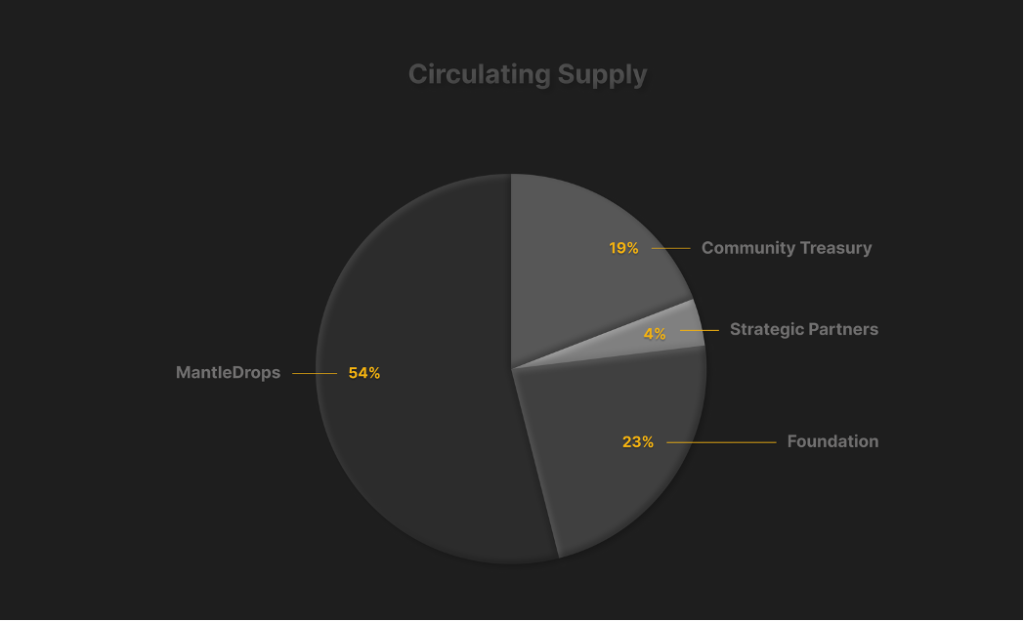 The token supply will be following an inflationary schedule to facilitate rewards such as staking, NFT incentives, and community rewards distributions.

Starting with 75%, the inflation follows a halving schedule every 2 years. With an initial supply of 300 million and assuming a 67% bonding rate, the $MNTL will reach an asymptotic maximum supply of 6 billion over the period of 20 years.

The staking rewards incentivize $MNTL holders to stake their tokens, thus increasing network security. Due to the inflation halving every two years, early stakers will be rewarded with the best staking yields for their contributions and support.